What Happened To Dorothy Stratten And Paul Snider In ‘Welcome To Chippendales’?

Robert Siegel’s “Welcome to Chippendales,” a Hulu Original Series, is a real-life-based crime drama that reveals the sinister truth behind America’s most innovative men’s strip club in the late 1970s. Indian immigrant Somen “Steve” Banerjee (played by Kumail Nanjiani) wanted to build a successful nightclub, but after running a failing backgammon club “Destiny II,” he converted it into “Chippendales.” However, Chippendales has a sinister past in addition to being well-known for its hunky strippers. Steve Banerjee eventually lost control of his unquenchable drive for power and became involved in one nefarious act after another, which caused his success to fade into obscurity. But during the early years of the Chippendales, something happened that had already cast a dark shadow over Somen’s club. Within days of the Chippendales’ success, Paul Snider and his wife, Dorothy Stratten, who were his initial business partners and assisted him in opening his nightclub, passed away. Let’s get specific about what caused this fatality in the first place.

What Happened To Dorothy Stratten?

Dorothy Ruth Hoogstraten, better known as Dorothy Stratten, was born in 1960 in Vancouver, British Columbia, Canada. In 1977, while she was in high school and working part-time at a Dairy Queen, she met Paul Snider, a nightclub promoter and pimp at the time. Dorothy and Paul got involved in a romantic relationship. In 1978, Paul photographed Dorothy naked and sent those pictures to Playboy Magazine. The magazine was interested in working with Dorothy, who had then moved to Los Angeles after being selected as a finalist in the 25th anniversary of the Great Playmate Hunt. Paul moved in with her a few months later. Dorothy even worked as a Playboy Bunny at a Playboy club, but she quickly rose to fame under the name of Dorothy Stratten and became a successful Playboy Playmate Model. Paul Snider and Dorothy Stratten married in June 1979, despite the objections of many of her friends, including Playboy Magazine runner Hugh Hefner. Since Paul Snider was seen as an inferior in the industry, several of Dorothy’s acquaintances advised her not to marry him because he was not an ideal match for her. By that time, she had already appeared in television shows such as Fantasy Island and Buck Rogers. Meanwhile, her husband Paul was running several club promotions and collaborated with Somen “Steve” Banerjee to create a male strip club called “Chippendales.” Paul was working as Dorothy’s acting coach and driver at the time. But soon, after a few months, Dorothy began dating Peter Bogdanovich, a famous film director, after meeting him at a party. Dorothy began cheating on Paul with Peter Bogdanovich during the time Peter cast her in his film “They All Laughed” (released in 1981). Dorothy was invited to a party at Hugh Hefner’s residence a few months later, where she was presented as the 1980 Playmate of the Year. As her and Peter’s romantic relationship developed, she wrote to Paul, requesting more independence in their marriage. Finally, Dorothy expressed her desire to leave their marriage at Paul’s house after admitting to him that she was in a relationship with Peter. Eventually, in 1980, the couple decided to meet to negotiate their financial agreement and divorce. But Dorothy did not want it handled by lawyers because she wanted to be directly involved and remain Paul’s friend. So, on August 14, Stratten went to Paul’s rented residence in Los Angeles and stayed for a while. When Paul’s two roommates returned home, they saw Stratten’s car parked outside, and Paul’s bedroom was locked. The other housemates didn’t want to bother the couple because they thought they had finally resolved their issues and wanted some privacy. But after several hours, when Paul and Stratten were not coming out, the private detective that Paul had hired insisted, and the roommates finally entered Paul’s bedroom. They discovered the naked dead bodies of Paul and Dorothy. They had both been shot in the face. Paul’s private detective soon informed Hugh Hefner about the incident, and following that, the investigation started.

How Did Paul Snider Kill Dorothy?

Paul Snider was born in Vancouver in 1951, and he was nine years older than Dorothy. In 1977, he was a nightclub promoter and business manager for sex workers. He was the one who first introduced her girlfriend Dorothy to the glam industry by submitting nude photos of her to Playboy Magazine, for which Dorothy had to obtain permission from her mother. Paul was involved in different ways to get quick money and selling exercises while Dorothy was working as a playboy bunny. When the couple got married, Stratten was always willing to help him with money. However, when Dorothy was cast in Peter Bogdanovich’s picture “They, All Laughed,” Paul began to have concerns about his wife because he suspected that Dorothy was already dating Peter at the time, which was true. He hired a private detective to spy on his wife in order to learn more about their relationship. Dorothy requested a divorce when she and Peter were strengthening their relationship status, which Paul refused. Paul neither wanted to lose Dorothy nor her financial support. The couple had split up, and all Paul Snider could think about was exacting revenge on Peter Bogdanovich. He became aware that his estranged wife was living with Bogdanovich, so he purchased a weapon and waited outside Bogdanovich’s residence to murder him. But Snider was unable to complete his task because he became impatient since no one was coming out of the mansion. After a few days, Paul met Dorothy again and was certain that his ex-wife would accept him back, but Dorothy admitted to him in person that she was in love with Bogdanovich and wanted to end this marriage. Snider knew he’d never get her back, so he decided to kill her. He and his private detective went to a gun store, but because of his Canadian citizenship, Paul was unable to purchase a gun, so he asked his detective to do so for him. But the detective refused, so Paul finally bought a second-hand 12 gauge shotgun from a private vendor on August 13 and kept it to himself. He told his friends that he was going to start hunting, and that’s why he needed the gun. Finally, on August 14, when Stratten came to Paul’s rented house to discuss their divorce settlement and property distribution, she and Snider were alone in the room, and it was presumed that Stratten was in Paul’s living room before entering his bedroom. Dorothy was shot in the face after Paul locked the bedroom door. After an hour, he committed suicide. Both of their naked bodies were discovered after 11 p.m. by Paul’s roommates.

What Did ‘Welcome To Chippendales’ Show About Dorothy And Paul?

In “Welcome to Chippendales,” Somen “Steve” Banerjee first encountered Paul Snider (played by Dan Stevens) and Dorothy Stratten (played by Nicola Peltz) at his failing backgammon club “Destiny II.” Since Playboy runner Hugh Hefner was his big-time role model, Steve was smitten by having Dorothy Stratten at his club. By the time Dorothy Stratten was Playboy’s Playmate, Miss August, and was already a famous model so, in greed of recognition of his bar, Steve wanted to speak with her husband Paul Snider, who described himself as a popular nightclub promoter, which he obviously wasn’t. Paul was involved in numerous schemes in 1979 where he could get rich soon, so he required a big shot, which Steve provided him. Since Steve was unaware of Paul’s true status, he offered him a 25% of stake in the company. However, after Steve partnered with Paul and discovered that he was just a cheap man with fake Rolex watches and considered inferior by the industry, he reduced Paul’s interest to 5%. Simultaneously, at the time, Paul was battling with his wife’s infidelity, which was not depicted in the series; rather, “Welcome to Chippendales” highlighted Dorothy’s sensitive, romantic, and shy features. Dorothy was portrayed in the series as if she was not even engaged to Peter Bogdanovich, which was not the case. Alternatively, it might have depicted Dorothy’s initial stage of involvement with Bogdanovich. Dorothy’s connection with Peter may have improved since she was frustrated by her husband’s toxic behavior. Finally, after months of Chippendales’ popularity as a male strip club, Nick De Noia had captured Steve’s interest, while Paul was becoming increasingly violent as a result of his wife’s popularity. Finally, Steve learned one day that Paul had murdered Dorothy and committed suicide at his home. The loss of Paul and Dorothy startled Steve because it felt like an ominous start to their club, but as time passed, Steve moved on from the horrible incident, and Nick De Noia became a mentor to him and his club.

Dorothy Stratten was a beautiful model and talented actress who could have become a bigger celebrity one day, but her husband’s uncontrollable jealousy and toxicity held her back. While Dorothy desired to leave the marriage with dignity, Peter merely desired to own her and her wealth as if she were his property. His destructive behavior was clearly the cause of his downfall, and his jealousy drove him to kill his former wife. Dorothy’s murder inspired several documentaries, videos, and songs, one of which was “Welcome to Chippendales.” Though the series was not totally about the playmate’s murder, the sight of it got us thrilled and excited for the show, so stay tuned to “Welcome to Chippendales” to learn more about what happened to the club and its owner, Somen “Steve” Banerjee.

“Welcome To Chippendales” is a 2022 drama series streaming on Hulu. 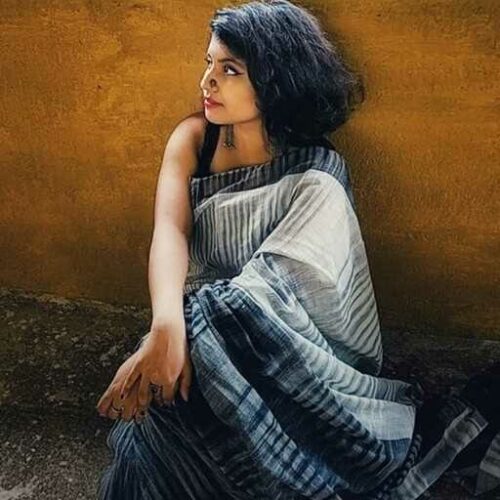