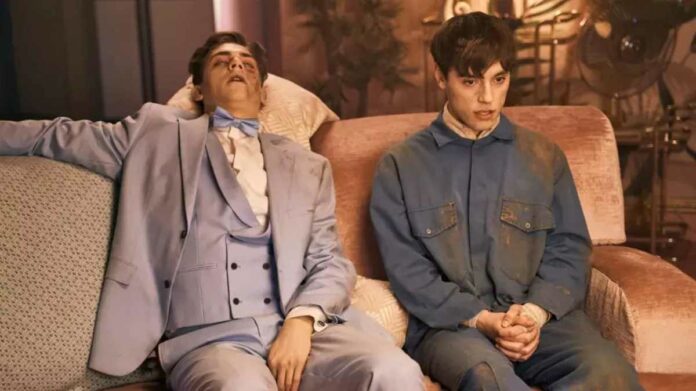 ‘The Loneliest Boy In The World’ Review: A Lifeless Zombie Comedy Film That Is Neither A Satire Nor A Scare

First things first, a movie set in the 80s without being remotely contextual about the setting or even trying to probe into the pop culture of that time period can be effective till a point. The journey to that point in “The Loneliest Boy in the World” is an uphill task. Directed by Martin Owens, this zombie comedy containing period details of outdated technology like television sets and video recorders feels like a manipulative effort to evoke nostalgia. There is nothing camp about it all. It might have been perceptively fine to begin the story at the present time. This becomes more evident as the young actor Max Harwood who plays Oliver here constantly reminds you of his breakout role in Everybody’s Talking About Jamie, which was released last year.

Harwood plays Oliver, a shy, awkward orphan who has been living by himself for a while at his home. An early scene tells us he lost his father when he was a child and his mother (Carol Anne Watts) in a rather freakish accident in the swimming pool in the backyard (played out in detail that could have been avoided). He has zero friends and social connections and passes his days either in front of the television or in front of his mother’s grave, talking to her. One wonders, by this point, a lot about how Oliver pays the bills or maintains the candy-coloured walls in all their extravagance. One wonders what’s more to come when he literally digs out bodies one after the other to create a makeshift family for himself.

Are we supposed to feel sympathy for Oliver? His delusion is so unmistakable that he carries on with that miserable deed, trying to talk to dead bodies in the house. There is no sympathy or lament that is called for, even then, as writer Piers Ashworth and director Owen do not invest in Oliver’s actions to reveal anything further. We get to know as much as we are told. The first half of “The Loneliest Boy in the World” is devoted entirely to building the setting and introducing the members of the family. Mitch (Hero Fiennes Tiffin) was his first dugout, the local kid who was reportedly quite friendly. Then appears Susanne (Susan Wokoma), the small girl Mel (Zenobia Williams), and Frank (Ben Miller), who all died in a tragic plane crash. Together, they form a family that Oliver never had. Oliver is, at last, not lonely.

The title of the film immediately reminded me of last year’s The Worst Person in the World, a film so mesmeric in its light-footed intensity. Even in that film, the central character has trouble gathering her own needs, but there is always a relatability that guides her journey, unlike Oliver’s, which feels overly lazy and misguided. “The Loneliest Boy in the World” falls in line with those harmless comedies that are released during Halloween and are intended to add humour to the shock factor. Remember Halloweentown (1998) or the much more recent Turbo Kid (2015)? “The Loneliest Boy in the World” is a vastly different film on all accounts, but it certainly lacks that quotient of relatability in the way Oliver’s actions are played out. Why is there no conflict that has arisen from this sudden addition to the household? Does no one notice anything wrong with the site where the dead bodies are taken out? Why does the dead simply align with their roles around the house, as if they were related to each other before death? Of course, they weren’t. These questions are useless at the end of the day when the film does not want to give time to any such conflicts.

Oliver’s reactions are also as lifeless as they were before the arrival of the dead; Harwood has one wooden expression throughout, his disinterest reflecting ours. The 80s setting, needlessly sugar-coated into the narrative, offers no nostalgia. The makeup department, led by Mark Coulier, is perhaps the only aspect of the film that warrants a mention, as the campiness of the mutilated faces and bodies add humour to the lacklustre scenes.

“The Loneliest Boy in the World” fails to create the quirkiness in Oliver’s situation nor give him any scope for character development. It is a lifeless comedy that does not want to take risks. Oliver maintains the same passive, flabbergasted expression- even in the unintentionally dull scene where he stands up for Chloe (Tallulah Haddon) during Halloween. The father-son dynamic is perhaps the only scene in the film that tries to inject some wisdom into Oliver, but that’s spoiled by the proceedings that follow. The main problem arises with the screenplay, which leaves too many gaps for the viewers to fill in. Not enough happens in the film. If “The Loneliest Boy in the World” tries to paint a picture of parenthood and how care and attention transform an individual, then the idea merely tethers around the plot without highlighting it.

“The Loneliest Boy in the World” is a 2022 horror comedy directed by Martin Owen.