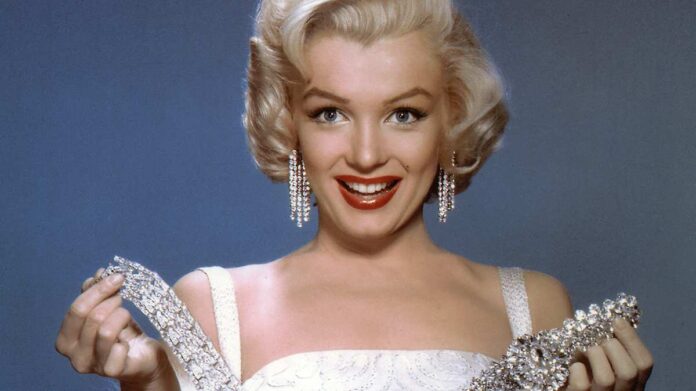 Norma Jeane Mortenson, known famously as Marilyn Monroe, was born on June 1st, 1926. Marilyn conquered the world with her intelligence, confidence, beauty, and boldness and entirely revolutionized the fashion industry. Regrettably, her fame was short-lived as the “Seven Year Itch” star left the world at just the age of 36.

The Los Angeles County Coroner’s office has ruled that her death, at age 36, was most likely the result of suicide. Although many first suspected her death to be an accident, the number of barbiturates found in Marilyn’s system, as well as a further examination by the Los Angeles County District Attorney, confirmed that it was suicide. Marilyn had spent much of her childhood in institutions for abandoned children since her mother was institutionalized after being diagnosed with psychiatric problems when Marilyn was eight.

Throughout her time in high school, Monroe showed a talent for writing by contributing to the student magazine. She always knew from a young age that she wished to be an actor since she adored cinema and found the actual world unappealing. Marilyn’s caregivers had to migrate out of state when she was 16 years old, but she couldn’t go with them due to California’s strict child welfare laws.

She eventually settled down with James Dougherty, a steelworker and her next-door neighbor, despite his advanced age of 21. When Dougherty was away serving his country during the war, Marilyn found herself with nothing to do. It was around 1945 when young Marilyn met with a photographer and signed her very first modeling contract.

Monroe, who the magazine chief said was ambitious, diligent, and eager for additional work despite being employed primarily for men’s publications and pin-ups, had dyed her hair blonde. She was on the front page of 33 magazines in her first year, and she already had a movie contract in hand by the end of her second. At that time, she decided to go by the moniker Marilyn Monroe publicly. Several months later, Marilyn ended her marriage with Doherty.

In the beginning, several production companies ignored her because they misjudged her lack of skill and because she exhibited extreme shyness. But she had already made up her mind to pursue a career in acting, so she kept on attending classes at the Actor’s Lab. One may infer that Marilyn had no qualms about flirting with Hollywood producers to advance her success. She had a few roles on the big screen during the 1940s; however, none of them was particularly memorable. If she weren’t acting, she’d go back to modeling.

To be honest, Monroe’s career really took off in the ’50s. Throughout the ensuing years, she was the lead actress in twenty-three films that together earned over two billion dollars and for which she was honored with a Golden Globe in 1956 as the Best Actress. She won the French Crystal Star and the Italian David di Donatello and became a Bafta nominee in 1957. Her brilliant performance in “Some Like it Hot” bestowed her with a Golden Globe honor. Some Like It Hot was rated as one of the finest movies of all time by three separate surveys, despite the fact that Marilyn Monroe and Billy Wilder had several disagreements during filming.

Ana De Arms Did A Complete Justice To The Role

Marilyn’s latest biopic, “Blonde”, directed by Andrew Dominik and starring Bladerunner alum Ana De Armas as the titular character, perfectly captures Marilyn’s expression, character, confidence, and style. In my opinion, this is Ana’s biggest shot at not just an Academy Award nomination but an absolute victory. Hollywood harbors a lot of respect for Ana’s commitment to her work. She was born and bred in Cuba, and she has successfully navigated the treacherous California ladder. There’ll always be people who don’t support her choices, but Ana is proud of the woman she’s become and ecstatic that she was given this once-in-a-lifetime opportunity.

In a particularly bizarre scenario, De Armas’s protagonist has a discussion with a CGI fetus, and she pulls it off like a pro. The movie throws the audience into her hazy and complicated mind, but seeing Marilyn’s problems, coupled with repeated bouts of sobbing, is just as heartbreaking.

Monroe’s mental health has long been the focus of much speculation. People around her, including managers and supervisors, often pointed out how uncomfortable she seemed. It was extremely challenging to collaborate with her. It’s likely that Marilyn was a loner. In 1953, she said, “I recover myself when I’m alone.” Although extroverts get their energy from interacting with others, introverts recharge by focusing inward. She also said, “It’s better to be unhappy alone than unhappy with someone.” The impression that Marilyn was outgoing since she had no trouble striking up conversations is incorrect. Both introversion and extroversion are perfectly normal personality traits that have very little to do with a person’s ability to interact with others. It depends on whether you can recharge your energy on your own or whether you require help from other people.

In addition, her natal astrological chart suggests that she has a high level of intelligence. If you have faith in such things, then it is interesting to note that her moon is in Aquarius, which is a synonym for brilliance. She must have been drawn to his brains rather than his looks since her husband, Arthur Miller, wasn’t really a Hollywood heartthrob. Her disregard for societal expectations and her readiness to flout them are clear indicators of her fearlessness. She had three marriages that ended in divorce. Divorce was still looked down upon in the late 1960s. In 1949, when she was struggling to make ends meet and her vehicle was going to be towed away, she stripped down for a photo shoot. Many rumors circulated that she was having an affair with then-President John F. Kennedy.

Despite Monroe’s beautiful grin and occasional declarations that she was a firm believer in keeping a positive outlook no matter what, Jane Russel said that the actress was really rather unhappy. It’s possible that this happened because she harbored resentment or a grievance towards those who had previously denied her opportunities to play significant parts in films. She hated the stereotype that she was automatically cast as a dumb and naive blonde. This made sense, given the common belief among Monroe’s (temporarily) closest friends that she had an exceptional intellect.

Her coworker on “Gentlemen Prefer Blondes,” Jane Russel, said that she was timid and anxious before arriving on set but ultimately a committed performer with lofty goals. She also said that Monroe never missed her phrases, which contradicts what others have said about the actress. While it’s true that Monroe was reported to be habitually late and forgetful of her dialogues later in her tenure, Russell had actually collaborated with her when she was just starting out. Maybe Marilyn was too afraid to show up to the set on time due to her extreme anxiety.

Considering how often her life’s problems and the people in them changed, it’s hardly surprising that Marilyn never made any true, lifelong friendships. This might suggest that she didn’t form strong friendships, but it’s also to be noted that she was empathetic and cared about others. The impression that others had of her was that she was kind and nice instead of strong and self-assured.

“Blonde” is a drama thriller based on Marilyn Monroe’s life directed by Andrew Dominik.