Netflix brings to its audience a documentary that will remind them of “The Tinder Swindler.” The difference here is that the conman thinks he is Robin Hood. “The Masked Scammer” is the true story of a bluff master named Gilbert Chikli, a.k.a. the “Scam King.” What he did was beyond anyone’s imagination. The scammer is a big narcissist who only shows remorse when he wants to manipulate people into thinking he is innocent. So, who is Gilbert the conman, and what did he do?

What Is The Story Of The Famous Bluffmaster Gilbert Chikli?

The documentary starts by explaining how much money he has extorted from innocent people. Gilbert was born in Belleville to a poor family. He said they did not have enough money to live the lifestyle he desired, so he started scamming people at a very young age. His father would chain him in order to stop him from fooling people. However, he would still come home with money. According to his ex-wife, Shirley Chikli, he did everything for his mother. His mother was a huge supporter of his wrongdoings, too; she would tell him that he would find various people in the gambling business who would believe him since he was so convincing. And we do see a very convincing actor in him; he does everything with passion and even calls it art. We also see him saying that there is only room for people who are smart in this world, which is seen to be true nowadays. We see so many scammers successfully extorting money by taking advantage of gullible people and their fear. This is what Gilbert Chikli did. He was indeed a moneymaker.

Back in 2005, he met with a young girl called Shirley (not his ex-wife), and during that time, there were attacks going on in London. Shirley used to work for a company that did advertising, particularly false advertising. She came up with a plan during the time she was dating Gilbert. It was also the time when he was in huge debt because of his gambling addiction. Shirley asked him to pretend to be an agent during the time of terrorism. Together, they would find vulnerable people and extort money from them. They would basically “smooth talk” over the phone, and with the skills that Gilbert had, innocent people fell into their scam trap. According to his ex-girlfriend, he was very intelligent. Even according to the police in France, whatever he did was a wonderful and talented scam. He would masquerade as different CEOs of companies, and by 2009, he built a team that successfully scammed people and earned 60 million euros! When the police were almost there to catch him, he fled to Israel, leaving his ex-girlfriend behind. She was sentenced to two years in jail and served her time. In the documentary, we hear her entire side, and she calls herself a victim instead of an accomplice.

What Happened In Israel?

It was a game of cat and mouse for the police as Gilbert Chikli kept running away from them. Gilbert also called himself the master of this huge game that he was constructing. He had an entire team built just to scam people over phone calls. In Israel, he met another girl who goes by the name of Shirley. Shirley ended up marrying Gilbert Chikli, and even in the documentary, she can be seen to be very much in love with him. She explains her hardships but says he gave her the life she desired. She said he always found time for family and that she did not care about the scam he was running. In Israel, he lived as a refugee but lived like a king. Gilbert even had luxurious cars. He gained a lot of money by fooling elites over just a phone call; he was that convincing of a con man. According to his ex-wife, he is no less than Robin Hood because he “only” stole from rich people like Aga Khan, who is a billionaire. However, his thirst for money did not end there. He went on to plan a bigger scam and target ministers. According to the documentary, he called around 180 organizations and fooled some of the people working there. Some even lost their jobs because of it, and one of them shared that he had to take therapy because of the loss he faced. He would play around with people’s emotions and patriotism. In one instance, he even fooled some people into thinking he wanted to send money to free prisoners of war! The biggest scam that he pulled was trying to impersonate a minister. His name is Jean-Yves Le Drian, and he was the French Minister of Defense at that time. Gilbert would mask up as him and talk to people over a Skype call and convince them to give him money for the country! He persuaded victims to give him over 80 million euros for this! Wondering how he was able to just “mask up”? Well, he used a silicone mask! According to the documentary, he was planning to impersonate more ministers; however, he was caught by the police.

How Did The Police Catch Him?

Well, he tried scamming a financial director named Sophie Grenier. He pretended to be the defense minister and got on a Skype call with her. He said that he needed some money from her and that it was an official case and she would be reimbursed for it. However, she found the whole thing a facade. She went to the police, who tapped her phone, and together they tried to play him. When he gave his account details, the police found the evidence they needed to convict him. When they went to his place in Israel to arrest him, he had already flown to Ukraine. He said that he was going on a pilgrimage. But the police caught him there. He was kept in Ukraine for three months, and his ex-wife even bought him a fridge there. He was living very comfortably and proudly in jail there. Finally, after three months, he was taken back to Paris. There, he argued that the evidence and all the phone recordings the police had were not of him. Gilbert also argued that the man behind the silicone mask was not him. Nevertheless, he was found guilty. In the documentary, officials and journalists talk about his boldness. To commit such a crime with the confidence that he had was not a small deal. One of the officials also said if he weren’t caught in Ukraine, he would have continued scamming people, and the world would have seen a “new wave” of his wrath. In 2019, during his trials, he tried very hard to convince people that he was innocent and only scammed “rich” people for the benefit of the poor. He left a lot of scars on his victims, though. He not only scammed the rich but also not-so-wealthy people in society, so his argument was redundant. However, according to Gilbert, he never loses; he either wins or he learns. He is not at all apologetic and shows zero remorse. He is now sentenced to 11 years in prison and also fined two million euros for identity theft. Shirley Chikli filed for divorce, and since then, he has started dating another woman. Also, in the last minutes of the documentary, the audience is informed of how he and his team contacted the entire French administration and that this scam would have put the policies of France at risk. In the worst-case scenario, Gilbert could also have had blood on his hands since he was losing control over his greed for money. Now his ex-wife is traveling around the world as a DJ and has moved on; however, she says his children still ask for their dad. The documentary is well-made, and the stories that we hear are truly shocking.

“The Masked Scammer” is a 2022 crime documentary film directed by Yvann Yagchi and Dominic Sivyer. 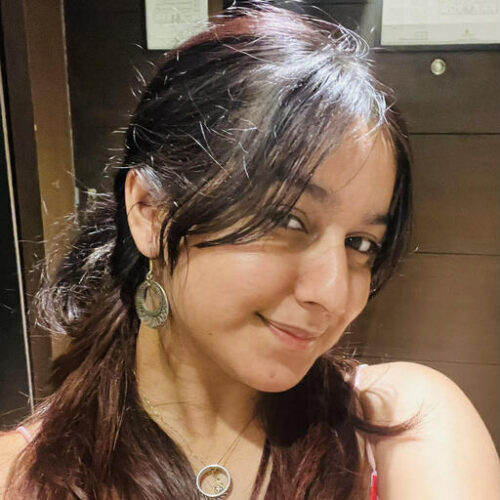