‘The Last Of Us’ Episode 2: How Much Of An Apocalyptic Wasteland Is The World Beyond The QZ?

Imagine a world that has been laid to waste with nuclear bombs, and the land has remained a wasteland, where enemies lurk around every corner and pose a threat to the lives of the protagonists. This sounds like the innumerable “World War Z”-like post-apocalyptic movies with cities turned wastelands that are infested with zombies. This is almost an accurate description of the world of “The Last of Us” TV series by Craig Mazin, adapted from the eponymous game by Sony Computer Entertainment, only not quite. The game remains one of the most beloved creations almost a decade after its release, but the TV series did some things differently that might help it supersede the game. Be it the much-detailed exploration of the relationship between the main characters, Joel Miller (Pedro Pascal) and Ellie (Bella Ramsey), or the design of the cordyceps-infected zombies, the show might just be one of the best video game adaptations ever. “The Last of Us” was able to present the world beyond the walls with such detail that it makes for a convincing abandoned wasteland where disgusting mushrooms grow, and everything is dangerous. So, let’s take a look at the post-apocalyptic world that serves as the surroundings for Joel, Ellie, and Tess (Anna Torv) in “The Last of Us” Episode 2.

The first time we see Ellie in this episode, she’s sleeping in a fetal position in a clearing with vegetation all around her, as a butterfly flutters around inside what used to be a house. Twenty years after being bombed, moss, shrubbery, and all kinds of fern have grown all over what used to be symbols of civilization. Now, magazine pages are used as toilet paper, and shrubs are growing on everything from ambulances to buildings that look like they’ve been battered into mincemeat. The landmark skyscrapers, with one leaning into the other, are covered in green, and not one window in any building seems intact. The desolate place reminds you of war-torn Syria; only there are a lot more ambulances that are out of service. Ellie spots the place where the bomb landed, and it has left a crater deep into the earth, but apparently, even that didn’t stop the disease from spreading in some areas. A multi-star hotel ground floor has been converted into swimming grounds where ducks swim freely, and frogs jump here and there. You’d think this was the marshlands where Luke meets Yoda for the first time in “Empire Strikes Back” if it weren’t for the cars with weeds growing through them outside and the mossy, half-submerged piano. Wallpaper is peeling off the walls, and a huge chunk of rock blocking the path is the least of your worries when you take a stroll in the wild.

The real trouble starts when you take a look down to the open road and see scores and scores of infected scattered across the street, lying on the road, waiting to attack anyone who comes through and add them to the army of fungus zombies. Even if that open street can be avoided, the shortcut through the museum poses another challenge – tree-branch-like fungus roots stuck on the walls and the floor at the front door, right next to a massive pile of rocks, cars, and other rubble. Inside the museum, if we can ignore the dead branches and the bodies of a few zombies, the display items look more or less impeccable. The photographs on the ground floor are a bit dirty, with 20 years of zero maintenance, and the glass cases are dusty. Things get messier when you climb up the stairs, with fungus thick as the roots of the oldest trees and the wall’s yellow paint complemented by the greyish branches stuck on the walls. Walking through this mushroom-infested nightmare, there’s a high chance one may step on the remains of a human or something that used to be a human before cordyceps turned their brain into tendrils. Inside Independence Hall, almost every glass is intact because zombies don’t understand the displays of musket rifles from the 18th century. The walk up to the Capitol Building is long, but there’s no pollution for sure, and trees have reclaimed the roads. Taking down one infected means alerting hundreds to your position because the fungus stretches hundreds of kilometers underground, meaning nowhere is safe.

The world outside the walls in “The Last of Us” Episode 2 presents a sanctuary for little creatures like butterflies, frogs, and even ducks, but it’s an open minefield for humans. Only the landmines are zombies with tendrils coming out of their orifices that chase and kill whoever they can find. Craig Mazin’s direction successfully represents what the world might look like without human interference—it’s not pretty with the overgrown shrubs and the rubble everywhere, but the depiction might remind you of Chernobyl, with vegetation everywhere with footprints of human history like the memorials used in the War of Independence collecting dust inside damp rooms. Being a human on the outside during these times is a death sentence, and be it the zombies, FEDRA, or the falling rubble, something will get you if you aren’t careful enough.

See more: The Role Of Tess So Far In ‘The Last Of Us’ And The Significance Of Her Sacrifice: Explained 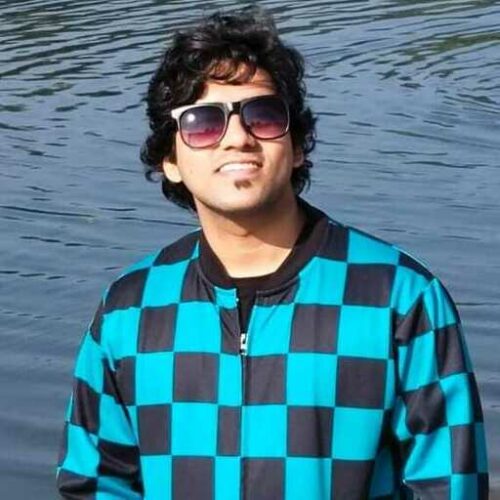