When you hear about a Mani Ratnam film, you automatically imagine a romantic drama or a family drama; you don’t expect him to come forward and deliver a historical fiction drama that has layers and umpteen characters. Will the director be able to handle such a heavy-duty star cast? Thankfully, yes. “Ponniyin Selvan: I” is more than just a visual treat for those who have read the books and for those who haven’t. Directed by the man himself, the film has been released on September 30th, 2022, on the big screen for us to experience the adaptation of the epic historical saga written by Kalki in the 1950s. The story was waiting to be told on the big screen since the days of MGR, which finally went on the floor thanks to Mani Ratnam, and the result is here for you to see and savor.

Set during the illustrious Chola Dynasty, which spread across not just India but Sri Lanka and other southeast Asian countries as well, the film begins with Aditya Karikalan (played by the excellent Vikram), the prince and the eldest son of Sundhara Chozha (Prakash Raj), winning the battle against Rashtrakutas. Soon after the battle is over, he sends one of his close confidantes, Vanthiyathevan (played by the cheeky Karthi), to send a message to his father, the King, and his sister Princess Kundavai (an excellent Trisha). His journey from the battlefield to the kingdom’s capital takes him through the vast empire, where he comes across Azhwarkadiyan (Jayaram), a vaishnavite who always lurks around the power to know what’s cooking inside the place. In one such situation, he and Vanthiyathevan discover a conspiracy to eliminate the ailing King and place the King’s extended family member, Madurantakar, who claims to be the true heir to the throne and the kingdom. But the actual players of the bigger game, the “King Makers,” are the Prime Ministers of Sundara Chozha; Chinna Pazhuvettaraiyar (Parthiban), Periya Pazhuvettaraiyar (Sarath Kumar), and his wife Nandhini (the ethereal Aishwarya Rai Bachchan), who want to seek control by placing a puppet on the throne. Vanthiyathevan soon heads to the capital to convey this conspiracy to the King and princess Kundavai, who asks him to head to Sri Lanka and request her younger brother Arunmozhi Varman (a dashing Jayam Ravi) to come back to the capital to take his role as the next King in line. This forms the plot of “Ponniyin Selvan: I.” Certain subplots explain the relationships certain characters have with each other, which takes the narrative forward.

“Ponniyin Selvan: I” is easily one of the best historical fiction-action-drama films released in 2022. There are plenty of reasons why this film is a must-watch on the big screen. The world-building done by writer-director Mani Ratnam, Jaya Mohan, and Kumaravel pulls you into the 3rd century BCE, where the mighty Chola Dynasty is on the way to becoming one of the most glorious empires in the world. Since this film is an adaptation of Kalki’s epic Tamil book, many might not have read this book, but the screenplay makes it easy for that kind of audience to follow the storyline and narrative. The screenplay is tight and does not meander unnecessarily. With the star cast that the film carries, the screenplay does not waste time, giving too much time to every big star in this film. Kudos to the writers and the director for sticking to the storytelling aspect. The characters are solidly written, and there is no dull moment with any of the actors that come on the screen. It is refreshing to watch powerful women of the court take center stage when it comes to making major political decisions for the kingdom. The screenplay showcases all the characters as neither black nor white. All of them carry a shade of gray as they have their own motives for carrying out things that suit their game to attain their most powerful self.

The director Mani Ratnam is the star of the film. Mani Ratnam is solely focused on the screenplay and does not derail to pander to the stars who are a part of this film. For the very first time, Mani Ratnam’s direction took center stage and overshadowed AR Rahman’s songs. There were no unnecessary war sequences, and the political nature of the film made it a dialogue-heavy one. Thankfully, it didn’t make the film dry but instead made it more interesting solely because of the direction. Mani Ratnam delivers what was expected of him and how. The entire special effects team, headed by Babu Tyagi, nails the VFX shots. Not one scene looks out of place or is badly constructed. Mani Ratnam made sure not one VFX scene would look shoddy on the big screen. Vikram and Aishwarya Rai Bachchan share only one scene, but their chemistry is palpable thanks to some fantastic direction by the veteran, who, at the age of 66, is in no mood to stop delivering fine films like “Ponniyin Selvan: I.” With the grandeur and scale on which the film is mounted, it delivers what it was set to do. Watching this film on the big screen was such a joy because it excelled in most of all the departments. Thotta Tharani’s art direction and production design are the reasons why the film needs to be watched on the big screen, as no shot in the film looks like something that is not of that century. Kudos to her team for literally bringing the film together. The costumes by Eka Lakhani do justice to the era the film is set in. From women heavily clad in Kanchipuram silk sarees to men wearing war garbs to royal attire, everything has been put forward with great attention to detail.

Cinematography by Ravi Varman is the highlight of the film, for the shots of the grandeur, jewelry-clad women, and men plotting against their now King around in a lamp-lit courtyard; all these and more add to the richness of the story, a layer to the already complex storytelling. The cinematography is the main reason why each of the lead actors has a solid presence in front of the camera. Be it Aishwarya or Vikram or Trisha, or Karthi, all of them carry themselves with such poise and elegance that the stunning camerawork makes them look larger than life. The war scenes, in particular, are shot with such excellence, and it is finally good to see that directors are comfortable showing gory action/war scenes in a full-fledged theatrical release. Ravi Varman doesn’t disappoint, either. He is a gem who needs to be cherished for the magnificent work he has done in this film.

Mani Ratnam’s stapling and A. Sreekar Prasad’s editing is what makes the tight screenplay tighter. Some brilliant editing during the war scenes renders an epic experience. The sound design by Ainul Haq and Craig Mann takes the film to another level. For each sound heard in the film, be it the war sequences or sparring between two characters, are nailed to perfection. Taking the topic of sound forward, AR Rahman’s songs did not stand out, but the background score left a lasting impact. This film doesn’t require song and dance sequences, which it avoids, but the original soundtrack was average compared to the rousing background score, which added an element to the storytelling.

Let’s talk about the best part now: the performances by the ensemble cast. Trisha, Aishwarya Rai Bachchan, Karthi, Vikram, Prakash Raj, Jayam Ravi, Sarath Kumar, and Parthiban deliver the finest of the performances and are one of the main reasons “Ponniyin Selvan: I” works. Each actor has been given an arc, a character trait that they perform with such ease, especially Aishwarya Rai Bachchan as Nandhini, Karthi as Vanthiyathevan, and Vikram as Aditya Karikalan (who doesn’t have a lot of scenes, but Vikram stands out in every scene there is). Jayam Ravi, as Arunmozhi Varman, slips in and out easily as the warrior to a noble prince of the Chola Dynasty. What a time to live in where we, as an audience, get to see such a well-cast film, with all-stars helming the magnum opus without giving any leverage to one actor and sticking to good storytelling over star power. Kudos to Mani Ratnam for that.

The way the film ends sets up a perfect path for “Ponniyin Selvan: II,” which is set for release in 2023. It intrigues the audience to know what is bound to happen from here on. There is an interesting freeze point that will come as a surprise to those who haven’t read the books. “Ponniyin Selvan: I” is a masterstroke by Mani Ratnam that excels for all the right reasons. This is a film that deserves a big-screen experience.

“Ponniyin Selvan: I” is a period drama directed by Mani Ratnam. 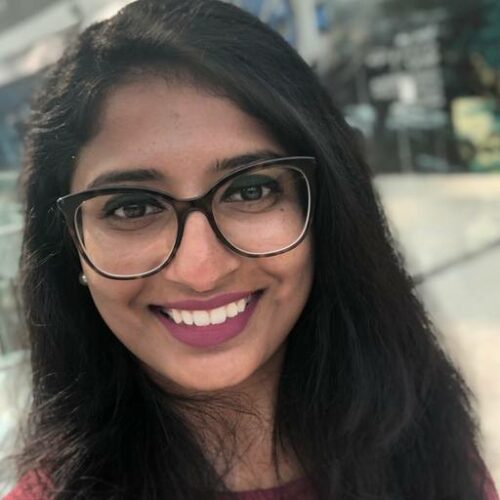