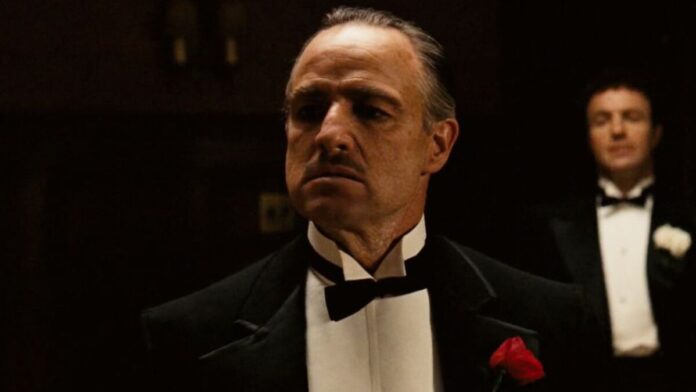 According to the curator of Method Acting, Lee Strasberg, the work of an actor lies in two parts, one of which is the ability to consistently create reality and the other one is the ability to express that reality. In other words, Lee wanted actors to travel through the corridor created by the circumstances of the character itself. An actor must be a part of The Method which will represent the significance of the character to the audience and will have a stronger grip on his performance.

For almost a century now, Method Acting has been staged into the world of cinema and thereafter cherished by millions of actors. Some mastered it, the others never got the hang of it. You see, Method Acting is one of the hardest steps to climb as an actor. Today, we are going to discuss the roots of Method Acting and how the acting world looks into it. By the time we reach the end of the article, you might be able to express your thoughts on Method Acting, and may even end up driven by it.

What is Method Acting?

Method Acting is an acting technique in which the actor completely indulges himself into the character he or she is playing with different sets of skills that show the construction of each emotion vividly. It is an emotion-driven acting method which stands apart from the classical-acting sorts. In the 1930s, legendary American actor Lee Strasberg introduced this technique to American acting.

The Origin Story of Method Acting

There are three major principles to the foundation of Method Acting. They are relaxation, sensory and emotional exercises. These are the core rules to institutionalize Method Acting into you. Before founding his own structure of Method Acting, Lee Strasberg talked with the two students of Stanislavsky to understand his method. Their names were Maria Ouspenskaya and Richard Boleslawski. Understanding Stanislavsky’s method was not an easy job.

Stanislavsky’s method was cordially based on ‘affective memory .’Affective memory helps actors to use the emotions they remembered to connect with the world of the character. This hypothesis already sounds like it has its own limitations. So, after a period of time, Stanislavsky himself rejected this theory as it had ineffective results. But, here comes the twist. By the time he rejected the theory, American teachers started to find his theory interestingly new. Although, Strasberg’s obsession with this ‘affective memory’ made his theory of Method Acting a bit controversial.

What Do You Need To Do?

Becoming a Method Actor never comes with a manual. Method Acting is the systematic approach to train an actor’s instruments to live right through the roles. You might now have a question that if there is an approach, then there must be some steps to it. According to many theorists, over the years, there are indeed a few steps that can help you grow as a Method Actor. Let’s have a quick look into these:

Get Rid of Tension: Strasberg believed that an actor needs to have a blank slate before approaching a character. Without the right approach, it will be harder for the actor to understand and grow as the particular character. If the actor contains a blank slate, he can draw a line around the character to observe everything in it. For this, the actor must know with full confidence how to deal with the tension and when.

When we are stressed about something, our mind cordially works with every sense to work out the point of the stress. Stress leaves a mark of your past. If you are willing to accept the character you are about to play, you must leave behind all the happenings behind that revolves around you. One thing you must remember is the role you are about to play is everything; the self will have no existence from the moment you start acting.

Concentrate and Accept: Our willingness to accept the difficulties will help us become a good actor. After you release the tension, the most constant part of this process is to concentrate and focus on your character. How does your character move, what is the routine of your character, if the character carries a flaw then what is it? Ask these questions while going through the script.

While an actor is absorbing everything regarding the character, hyper-attention can be of some good help in this process. Great actors even change their voices, sensibilities, and tastes while becoming the character he or she is about to play. Some of them even specifically separates themselves from the outer world to try and become the character. You all have heard stories of Joaquin Phoenix while playing The Joker.

Use of Sense Memory: Here comes the most controversial step in Method Acting. Remember when we talked about Stanislavsky’s affective memory? Using sense into building up the foundation for the role is one difficult job for the actor. Whatever theories one wishes to follow but it is human nature that we can not go beyond our senses. The understanding of the world is what we have as an instrument to our own foundation. Yes, we can question its existence, but we can not defy answers beyond discovery.

So, to do this job, the actor must put his or her faith in trusting the affective memory. Once you get the hold of your senses, then only you will be able to explore the significant amount of understanding of the character. The actor must confront all the weaknesses to achieve the furthest stage in creating the new world, the world of the character he or she is about to play.

Replicate the identity: Each character has their own identity. When an actor is all set to own the character, then he or she must own the identity it comes with. Lee Strasberg always believed that unlike a puppet, an actor must contribute the same in building the character, just like the writer and the director. The actor must be decisive in taking major steps while playing the role. Learning or adopting a character can be difficult at times, but if it is only about performance or adapting whatever the director wants to represent, the soul will be missing, and the audience will know for sure.

Now, while playing or performing a character, the actor must concentrate on becoming the person the script has produced. This is when the form of replication begins. After attempting each step, like getting rid of tension, concentrating on the character and using the affective memory, the actor still needs a few more things, one of which is replication. It is a factor of dedication and focus when the final stages of becoming the character takes place into the actor’s agenda. This stage is crucial as well as needs complete devotion as after this; the audience is going to interact with the character directly.

Some Great Examples of Method Acting

Shovan Roy
Shovan Roy is a creative content writer. Formerly he used to write film reviews on an international film festival website named Beyond the Curve International Film Festival. He also interviewed global directors. He also interviewed one of the characters from the show 'Trailer Park Boys', Mr. Bernard Robichaud, platformed in Netflix. Shovan tends to write through the third person narrative and he loves to do psychoanalysis. He can't say that he has mastered it but that is some sort of hobby of his. Film is a platform where he loves to spend most of his time learning.
Subscribe
Login
0 Comments
Inline Feedbacks
View all comments