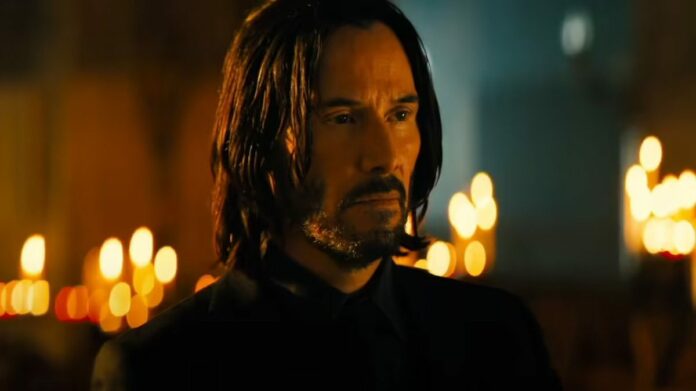 It’s a race against time for John Wick again if he wants to live. The latest trailer for John Wick 4 shows many things that we have already seen in the teaser trailer. But it also offers some new information about what the film will be about. As is customary, it will involve a serious amount of action in different parts of the world, including Paris, Jordan, Japan, and many more, that will be driven by a rather unconventional motive. John Wick wants out. But it’s not that easy, is it?

“New ideas, new rules, and new management.” This is what Billy Skarsgard’s Marquis de Gramont states toward the beginning of the trailer. With him seemingly being the newly appointed head of the High Table, the respect that John Wick has earned will be put to the test. And with the Marquis comes Donnie Yen’s Caine, clearly one of the Marquis’s best assassins. As for Wick’s side, we have Hiroyuki Sanada’s Shimazu, who will assist Wick in his mission. Asia Kate Dillon’s The Adjudicator was alive at the end of “John Wick 3: Parabellum” and is back looking for Wick, as we see in the trailer.

If John Wick needs a way out of the Table, he will have to challenge the Marquis de Gramont to a single combat. And from the looks of it, Wick will. Lawrence Fishburne’s Bowery King, who saves Wick at the end of John Wick 3, is there to give him a new suit and new weapons. But the catch here is that if Wick fails to meet him at sunrise, then it will lead to his execution. Thus, in John Wick 4, John will have to make his way through hordes of assassins before sunrise to reach where he has to go. There is a scene where he looks at his watch, and the time is almost 6. We cannot tell if it’s morning or evening. But the clock is ticking, and he needs to hurry, so he starts shooting at the assassins in front of him on the stairs.

We can be quite sure that this race against time, which will probably end with Wick facing Marquis, is all about levels. The final level will be Marquis, of course, and the semi-final will be Wick vs. Caine. We do not see Scott Adkins in the trailer, but he is in the film and will probably be another level for Wick to cross. That, too, will be worth watching. As a special treat, we will also be having a sword fight between Donnie Yen’s Caine and Hiroyuki Sanada’s Shimazu. There is also a scene where we see a person, who seems to be Caine, who is sitting with a pocket watch that also has a picture of a little girl (his daughter, perhaps). We do not know the significance it has, but there are chances that he is motivated by revenge due to the little girl’s death. We have to wait and find out what happened to the girl. Another interesting thing that Winston, owner of The Continental in New York (a neutral point for assassins), tells John is that his family sits at the Table. And then the next face we see is of The Adjudicator smiling back at Wick. Does this mean that she is Wick’s family? This would certainly turn the “tables.” Will she help Wick win his combat? This will be the first time then that we will see her fight.

As stated by director Chad Stahelski, John Wick 4 will be the longest-running film in the franchise yet. And it should be, provided the number of places the story will take Wick through. There will be an emotional quotient in the film that will raise the stakes and add to the story’s motive. But this time, it won’t just be about Wick but others too, it seems. But the big question is: If John Wick wins the combat, will he have his freedom? What will become of him after that? Will he really be set free from the High Table once and for all? If he does, then there has to be something he will look forward to. This, too, will be revealed in the film, perhaps.

Shubhabrata Dutta
Shubhabrata’s greatest regret is the fact that he won’t be able to watch every movie and show ever made. And when he isn’t watching a movie or a show, he is busy thinking about them and how they are made; all while taking care of his hobbies. These include the usual suspects i.e. songs, long walks, books and PC games.
Subscribe
Login
0 Comments
Inline Feedbacks
View all comments