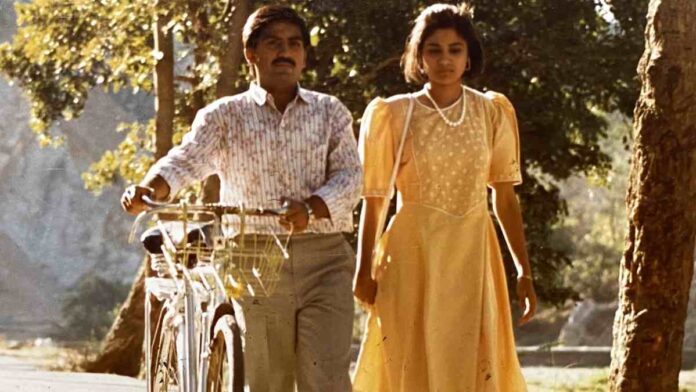 Halfway down in “Hun Hunshi Hunshilal,” or “Love in the Time of Malaria,” there is a scene where a character flies over the city, and an explorative song plays in the background. We see the city, along with the man, floating in the sky. It is a miracle coming alive on screen, done with such swiftness that it leaves you with an epiphany that the filmmaker wants you to feel at that instant. Filled with such images of magic realism, “Hun Hunshi Hunshilal” is a triumph of experimental filmmaking that brings together a tale of a despotic king ruling over an imaginary city of Khojpur, and Hunshilal, a scientist working for the king who develops an awakening when he falls in love with a colleague who is a natural dissenter.

Filmmaker Sanjiv Shah uses the elements of theater and merges them with the aesthetics of film, both fiction, and documentary, to tell the story of totalitarianism. The film is filled with songs in all instances, and there is very little dialogue. The songs carry the story of Hunshi forward as we get to know how his father was an onion farmer, and how later, Hunshi goes on to make a vaccine to kill all “mosquitoes” using onions. The songs help in understanding the visuals better, which lean towards the absurd on various occasions. Characters look directly onto the screen, at us to tell the story, which is what gives it a theatrical feel, but the film is not completely dependent on it. Rather, newer situations invite more nuances to the story, and there is an invention in almost all of the scenes. The absurdity prevalent in the plot is supported with equally absurd cinematic devices, like coming across a character first in the frame in a room, and then just seconds later, the character appears on TV, continuing the conversation from there. It is one thing when the plot and characters create comedy, but completely another when the structure of the film itself is rooted in hilarity. It creates an altogether different feeling of amusement while, at the same time, Sanjiv is conscious of not forgetting the heart of the film, which lies in telling the story of a failed democracy.

The different ways in which mosquitos are used in the film to refer to a wide range of things based upon the context in which they are spoken, is something that is very striking. On the surface level, mosquitos have spread across the city of Khojpur, and it is declared as an epidemic of mosquitos which will have to be contained by making a vaccine. Mosquitoes stand as a metaphor and its meaning is changed repeatedly. When talked of as a group of people igniting others to think and take action, we know the mosquitoes here are all the activists and rationalists who come forward to stop any kind of injustice. When spoken of as a group that needs to be eliminated as they make everything ‘dirty,’ we know that the tyrants are speaking of the marginalized, whom they view as lesser-humans. All of these allusions remind us of the parallels that the film is trying to create with reality, where tribals are displaced from their lands to make dams and other projects and rehabilitated to other areas, almost always with coercion. They are what the system deems as “mosquitos,” which can be crushed under arms and thrown away. Then mosquitoes also become “anti-nationals” who try to protest and drive change. And at the base of it all is a poem, which we hear throughout the film, that asks us to wake up, to jolt and rise and hammer against the system. Here again, the mosquito becomes the mind, the rationality, which is put to sleep by fascist governments that come and go. Such ubiquitous nature of mosquitos and how they mean different things in different settings, connotes the epic poem ‘Madhushala’ by Harivanshrai Bachchan, where he uses just two elements and makes a wider connection on everything from love to communal hatred. And that is where “Hun Hunshi Hunshilal” starts to feel like an epic poem sung with images of reality.

The cinematography by Navroze Contractor is extremely vivid and concentrated. There are calculated movements, mixing up the fiction and documentary elements to create a combined sense of meaning. In a scene by a hill, we see some downtrodden workers and children in a pool of water. We can easily understand that it is not just a staged situation. We first see the workers washing their clothes in the unclean water and then cut to two children sitting in the water. The camera is just a spectator. And now there is a small movement in the camera, which changes gears. From the two boys sitting in the puddle, we move up to see a couple sitting by the lake, transforming back into the world of fiction again.

Tapped with such connotations, “Hun Hunshi Hunshilal” is an important film, not just for what it wants to say but the way it says it. By maintaining an absurd tone throughout, it manages to provoke thought and jump over the simplistic structure of mainstream cinema by bringing together audio-visuals that are rooted in the folk tradition. That’s how it truly manages to be a part of the geo-politics that otherwise would have been hidden beneath the layer of satire. One wishes that more such films were made, which will happen only when we give our undivided attention to them when they are released. Thirty years since its disappearance (as that’s what happened to it when it came in 1992), the film remains fresh as ever, waiting to be rediscovered. 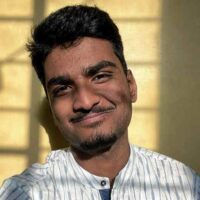