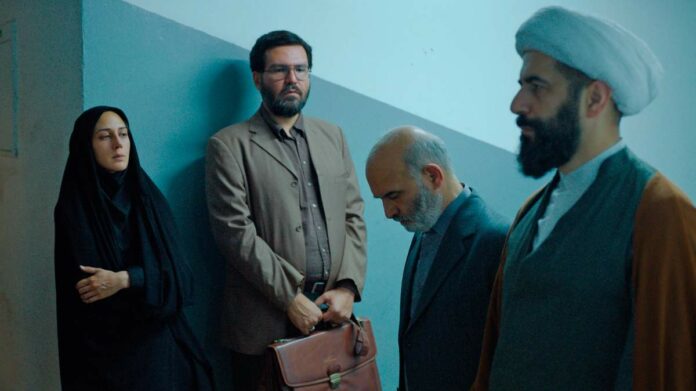 ‘Holy Spider’ Review: Indictment On Misogyny & Religious Fundamentalism Through The Guise Of A Serial Killer Film

I believe I am revealing my lack of exposure to Iranian cinema here, but “Holy Spider” is definitely one of the first times I heard a distinct background score play whenever events of tension or events resulting in an adrenaline spike for the viewer would occur. It’s a stark difference considering the majority of Iranian cinema I have previously come across, which utilizes diegetic sound and the cacophony of said sound to heighten emotions. This doesn’t mean that the utilization of a distinct background score is going to hurt its chances. On the contrary, even as a movie belonging to the thriller genre and part of the genre dealing with serial killers, what stands out is its austerity. Its sparse, matter-of-fact tone makes Holy Spider chilling, perhaps inconsistently, but it sends a shiver down your spine, alright.

Based on the true story of Saeed Hannei, a construction worker moonlighting as a serial killer who targeted sex workers and killed 16 women from 2000–2001, Holy Spider opens with us following one of these workers as she wakes up while night falls on Mashad. She kisses her kid goodbye, dresses up, and goes out for a night on the town. Abbasi’s depiction highlighting sex work ranges from banal to exploitative at certain points throughout the film. She is picked up by a man riding a bike. While climbing up the stairs to his flat, she realizes something is amiss and chooses to walk out when the man angrily jumps over and chokes her with her scarf. The camera focuses on her face gasping for air and her lips turning blue while the man grunts with pleasure (?). The camera then cuts to a shot of the neon-lit city as the name of the film flashes on the screen.

The almost sparse but effectively violent opening sets the stage for our protagonist, Zar Amir Ebrahimi, as Rahimi. She is a maverick reporter who clearly understands the religious fundamentalism permeating throughout the city as well as the inherent misogyny already present within it and protected by the garb of religious cleanliness. Rahimi is headstrong and smart enough to realize that the criminal is an amateur who can be caught very easily as his modus operandi is very easily detectable. She also realizes that she has no discernible support system in this effort; in fact, men in positions of authority are more comfortable dismissing her as a hindrance or perceiving her as an object of curiosity or attraction. Contrast that with how Abbasi depicts Saeed (Mehdi Bajestani), a person who is clearly psychotic. Abbasi chooses to delve deeper into his home life with a tone that almost borders on empathy. It echoes Goerge Sluzier’s 1988 masterpiece, The Vanishing, more than David Fincher’s Seven; unlike The Vanishing, which looked at the perpetrator with a hint of curiosity and detachment, Abbasi’s empathetic depiction of Saeed feels mightily uncomfortable. More often than not, it forces the viewer to wonder whether he should be on the side of the psychotic murderer, and that’s not an interpretation you want as a dominant perspective. There are, however, subtle hints of Saeed’s psychosis. For example, the scene where he is having sex with his wife while the leg of the dead prostitute peeks out of the rolled carpet increases his excitement. For a movie dealing with the search for a serial killer, the tension is surprisingly low until Rahimi makes a decision that causes the movie to pivot into an entirely different genre.

During the first two acts, we had been following Rahimi through the dark underbelly of Iran to figure out the identity of the serial killer, and the procedural aspect of the storytelling had been efficient if a tad bit coldly handled. All that changes, however, in the final act, when Abbasi finally unfurls his true thesis statement. The serial killer hunts prostitutes and effectively cleans out the streets of Iran, doing the job of the authorities for them. As the court proceedings occur, you realize how the duality of a country with extreme religious fundamentalism and a thriving sex business works due to a knife-edge balancing act and how the court proceedings are motivated less by the brandishing of justice and more to maintain Iran’s squeaky-clean image. This is not surprising to come from a filmmaker like Abbasi, who was known to be provocative. With Holy Spider branded as the Iran government’s version of “The Satanic Verses”, an infamous novel by Salman Rushdie, there could be no doubt about Abbasi’s intentions. He foregoes historical accuracy to draw attention to the message with the subtlety of a sledgehammer, which is so terrifying that it is effective. Nothing is more horrifying than the final scene of the film, which shows how Saeed’s perspective of himself as God’s chosen servant and a martyr for a holy cause has managed to warp his son.

The movie’s flaws aren’t necessarily ones that can be ignored. Abbasi tries to make his version of Memories of Murder, but he uses the empathetic vision from the wrong perspective and does it too damn well. However, cinematographer Nadim Carlsen chooses close-ups during moments of tension and violence to hammer home and heighten those moments of tension. The lighting used during moments where the lanes of Mashaad are being traversed manages to set the mood of the sleaze permeating throughout the city, threatening to break through the clean facade. As a treatise on the tendrils of misogyny already present, there is an argument that the violence depicted towards women on screen sometimes borders on exploitation. As a subtler alternative, one might be reminded of Lynne Ramsay’s “You were never really here” and how she had edited the violent acts via a mix of showcasing the aftermath of violence and the implication of the action. It doesn’t take away from Holy Spider’s chilling imagery, even if Abbasi’s political statement is more of a nibble than a bark. 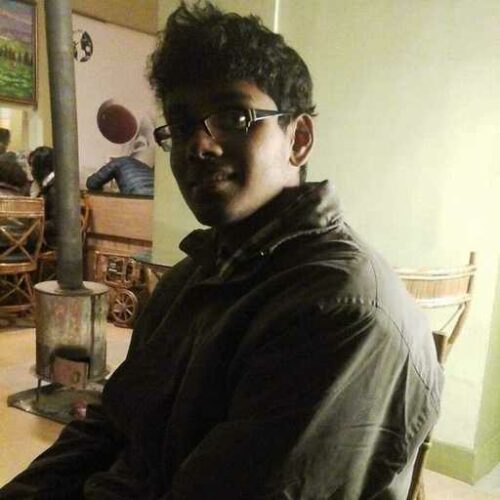