Henry Cavill’s Exit As Superman And DCU Situation: What Are James Gunn’s Plans For The Franchise’s Future?

The last quarter of 2022 has been especially tumultuous for DC fans, as they were bombarded with polarizing updates in a span of two months. Things started to shake up after the Warner Bros. and Discovery merger was officially completed earlier this year; as a part of streamlining the company’s media output structure, multiple executives were fired from WB and DC divisions, and movies like “Batgirl” and “Scoob!” were canceled. Major changes in DC media were hinted at during the quarterly meeting as a new, revamped DC Studios was created with the aim of creating a cohesive DC Universe by using a single access platform for various DC-related media outputs (live-action movies, series, animation), kind of like Disney’s MCU or Star Wars Universe. It was announced in October that director James Gunn and producer Peter Safran would co-lead as creative chief and business supervisor, respectively, and that they’d be responsible for the creation of a decade-long route map for the DC Studios. Since then, lots of new updates and teasers have been making the rounds but most importantly, what impacted the fandom most was the news of DCEU Superman actor Henry Cavill quitting his role and leaving DCEU. This shocking revelation was followed by more DC Studios updates and more clues about the remodeled universe, which made even long-time fans confused, to say the least. We will briefly discuss the Henry Cavill situation and will try to provide readers with a comprehensive idea about the new DC Universe.

Henry Cavill’s Return And Exit: Unceremonious As Ever

While the jury is still out on the best version of live-action Superman of all time among all the adaptations, it has been unanimously agreed that Henry Cavill’s version has been the fan favorite since the release of “Man of Steel” (2013). After appearing in “Justice League” (2017), Henry Cavill hadn’t appeared as Superman in any of the DCEU’s live-action ventures—something that happened partially due to contractual problems and also because of the then WarnerBros management’s lackadaisical attitude. Just when fans were losing all hope to see Cavill put on the cape once more, “Black Adam” (2022) happened. The movie’s lead actor, Dwayne Johnson, was pretty vocal about his efforts to bring Cavill back as Superman once more and also went on to say that he basically had to fight against the WBD executives to do that. After much speculation and hype-up moments, Henry had the chance to prove his worth for a second time as the post-credits scene of “Black Adam” promised a renewed connection being established with the Snyderverse era of DCEU movies and post-Snyder movies. Henry Cavill himself announced his return to the role of Superman and mentioned he’ll opt for a more optimistic, traditional portrayal of the character in upcoming ventures. There were strong rumors that a sequel to “Man of Steel” was a high-priority development at WBD and that a director was being chosen. We should keep in mind that the decision of Cavill’s Superman cameo appearance was made before Gunn and Safran took charge of the newly formed DC Studios.

Just when fans were sanguine about seeing their favorite version of “Man of Tomorrow” soar through the sky once again, almost like a bolt out of the blue, the news of Cavill’s exit from the role was dropped. On December 15th, both Cavill and Gunn shared the news on their social media handles that the vision of a new DC Universe demands a younger Superman actor as the universe will build on Superman, aka Clark Kent, in his early stages of life, for which Henry doesn’t fit the bill—thus they have mutually agreed to pass the baton and discussed future possibilities of collaboration.

The news spread like wildfire, and certain fanatics were quick to put the current regime on the spike. However, it should be mentioned that Henry’s return or departure was hardly their plan of action, to begin with. For better or worse, “Black Adam” tried to utilize the traction Cavill’s Superman return could have provided but failed miserably as it crippled commercially and critically – something which put a death knell to former DCEU. This also proved that using fan favorites as a cash-grab method won’t suffice in the long term, and the utter lack of cohesiveness will continue to thwart their efforts if this is continued. Secondly, the additional baggage of Snyder and post-Snyder content, making them simultaneously canon and starting a new universe building on them, sounds complicated on paper, and it is even more confusing for the general audience, who, for the most part, aren’t too concerned with the change of actor as long as the portrayal is memorable. Gunn and Safran decided to wipe the slate clean instead and start from square one. That is to say that the DCEU as we know it will be gone in its entirety as the new DCU emerges to be the prime universe. In doing so, they have taken a harder route while risking provoking the ire of some fans; for them, too, it is clear that characters are larger and more important than the actors who are portraying them. This non-compromising approach will most probably pay off in a big way after their plans for DCU (renewed from DCEU) are set in motion.

James Gunn And Peter Safran’s Plan For Dcu: All The Hints, Teasers, And Updates So Far

Among comic-book movie directors, James Gunn has been the most active on social media regarding interaction with comic creators and fans for quite a long time, and the additional responsibility of leading a franchise media has not slowed him down. In fact, he has utilized this opportunity to connect with fans, asking their opinions regarding universe-building, and character appearances, to shut down fake rumors almost instantaneously, and to create engagements regarding DC-oriented discussions. In fact, without outright announcing his DC Studios projects to date, he has created more engagements regarding DC than “Black Adam” could do during its trailer drop or movie run. We will share some of the teasers and highlights of his approach with DC Studios to fully provide a supposed framework to the fans, which will surely get them excited.

As a seasoned director of the CBM genre and maker of two of the best DCEU-related films, “The Suicide Squad” and “Peacemaker,” James Gunn is well aware of the importance of instilling comic authenticity with a modern sensibility with the foundation of solid storytelling. In his Twitter posts, he mentioned time and again the importance of strong character portrayals and storytelling in this genre and that the roadmap for DCU will prioritize that the most. Gunn is writing the script of the new Superman movie himself and is currently associated with a number of DCU projects already. Gunn has stated that DCU will take inspiration from DC animation content such as “Justice League Unlimited” and “Young Justice,” two examples that emphasize the importance of character writing and storytelling.

With the beginning of a new DC Universe on the horizon, an avid comic-book reader himself, Gunn has managed to hype up fans by posting images of characters as part of teasing the possible future ventures of DCU. In his first post on the social media network Mastodon, he posted a picture of the infamous DC anti-villain Lobo. The image also sparked rumors about Jason Momoa joining the new DCU as the Czarnian bounty hunter. In another post on Twitter, he shared an image of Mister Terrific, which might hint at the JSA’s (Justice Society of America) appearance in the new DCU. He organized a fan poll earlier to ask which character fans are most willing to see on the silver screen, and Booster Gold came out as the winner. Recently he has also shared images from comic panels of writer Tom King’s seminal works on Superman and Supergirl, further hinting that DCU will incorporate some elements from the writer’s works. Gunn shared a familiar panel from the Alex Ross and Mark Waid masterpiece “Kingdom Come,” which led to the speculation that the ten-year plan might culminate in a scenario of younger and veteran heroes squaring off, much like the story showcases. Similarly, Gunn has been quick to respond and call out fake clickbait news, providing a sense of transparency to the fans.

DCEU had so far presented fans with memorable movies and performances but completely lacked the cohesiveness since the “Justice League” debacle. The priority for DC Studios will be to create an interconnected universe, and Gunn has stated that not only animation, series, and movies are going to be interconnected, but even the upcoming games will be included in the continuity. Unlike previous instances, WBD has given Gunn and Safran complete freedom when operating the DC Studios. During his work in the MCU, Gunn has built a defining cosmology filled with gods, aliens, and abstract characters. With DCU as his playfield, he can go as expansive with world-building as he wants. His knowledge of comics makes him a perfect candidate to lead the DCU, too.

As an avid comic-book reader himself, Gunn respects comic-book creators and never fails to acknowledge their credit, as seen when in “The Suicide Squad,” he arranged the cameo appearance of John Ostrander (the best Suicide Squad writer). Gunn has also announced one of the most important imprints of DC comics, Elseworld comics, will be adapted in DCU. He has added that, by collaborating with his friend Jim Lee (CCO of DC Comics and legendary artist), he will make an effort to improve the coordination with comics and adapted media content, allowing for better synchronization and possibly reprints of old and rare classics.

In the history of comics, DC has been notoriously famous for rebooting its universe to curate its continuity in a comprehensible manner. By sheer coincidence, the live-action DC Universe, too, will face a hard reboot to create an expanding interconnected universe. Now that it has been unofficially confirmed that former DCEU contents will be wiped off the continuity, in no way do they lose their value in the slightest; as content and art form, they are of seminal importance to the genre, and they also posit a future chance of multiverse connectivity. James Gunn and Peter Safran have completed their “DC Bible,” or the entire roadmap planning DCU’s upcoming journey, and we won’t have to wait much longer as the director said that the first updates would be announced during the first week of the New Year. 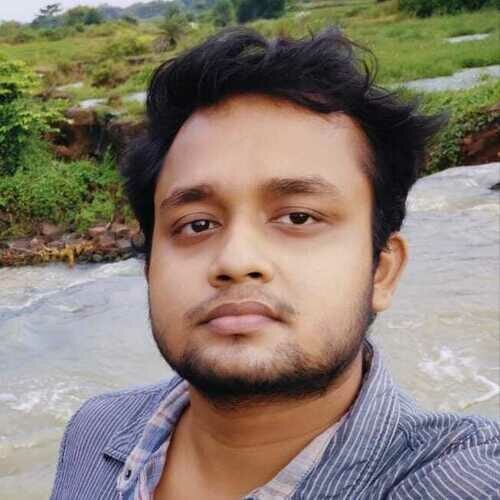