‘Funny Pages’ Review: A Classical Tragedy Set In The World Of Comic Artists

Many coming-of-age films are about obsessive artists. They convince their audiences of their infatuation. The art, be it drumming, ballet, boxing, or writing, half-seduces the viewer in spite of the protagonists’ unraveling. Owen Kline’s 2022 debut, “Funny Pages,” however, does not. Instead, the dark comedy, about a boy pursuing his dreams as a comic artist, pushes its audience to the limits of their discomfort and then pushes further. You’re left never wanting to look at a comic strip again.

Robert, the protagonist, is in his last year of high school. He’s a gifted comic artist, and his confidence in his artistic abilities is cemented by his high school art teacher, Katano (Stephen Adly Guirgis). The film opens with the teacher going through Robert’s art portfolio for college. He emphasizes the soul and tells Robert that college will kill his natural, raw talent, and Robert laughs and simply argues that he doesn’t have a choice. He has to go to college. But his eyes shine, and he beams at his mentor, whose word clearly means so much to him—someone with such unflinching faith in his abilities. Minutes after this sweet and weird scene, Robert loses his mentor and spends the rest of the film resisting his own argument. He drops out of school, moves out of his parents’ house and his cushy suburban life, and pursues his ambitions as a comic artist.

The film is sometimes nearly unbearable to watch. It steeps you in its miserable world for extended periods of time. You begin to wonder where it’s going and if its sole purpose is to make you squirm in your seat. Robert moves to the middle of nowhere, into a literally boiling apartment with lonely, inaccessibly weird men. He is mean and discouraging to his only friend, Miles (Miles Kiersh), an aspiring comic artist himself. Robert takes up a job as a typist at a law firm, where he meets and starts pursuing one of the lawyer’s clients, a colorist for Image Comics who is also a strange, volatile man.

All the while, as Robert navigates these bizarre, sad adults, he practices his gift by drawing them in all their (lack of) glory. It becomes clear that his talent lies in attention to the shameful details of the faces around him, that his art is an obsession with their flaws. Sean Price Williams and Hunter Zimmy’s cinematography focuses on these details; the camera is always so close to their faces that you can practically feel their sticky breath on your neck. The camera work shows us the world as Robert sees it and emphasizes the discomfort that pervades every element of the film. Robert seems to pivot from one random event to the next, and it is difficult to understand what binds this story. How does the writer decide where to begin and where to end a nightmarish sequence of seemingly unrelated, painfully uncomfortable scenes?

The truth is that the conscious ugliness of the work and the film’s devotion to discomfort and disillusionment are so loud and attention-grabbing that it is easy to miss the near-seamless structure that it is built over. The story plays out like a classical tragedy, with the protagonist introduced as full of potential and raw talent, much like Macbeth at the beginning of the famous Shakespearean tragedy. Robert’s mishandling of his fatal flaw is what eventually leads to his downfall. Within this, the film deals with grief in the most bizarre, non-comforting way that I have seen. Because the film is packed so tightly with unusual, attention-grabbing characters, one gets carried away with the strangeness of the environment and forgets that Robert is a teenager who just lost his mentor, whom he so clearly idolized. Throughout the duration of the film, he is looking for someone as a replacement, pleading with the alien and challenging world around him for guidance, someone to understand him the way only Katano did.

In the middle of berating his friend, Miles, and criticizing his work, Robert learns that Katano mentored Miles too. Miles becomes, in this way, Robert’s foil. He’s a boy presented as so vulnerable that his voice shakes every time he speaks. Yet he always stands his ground, defends his own work, and prioritizes the soul over craft, the way Katano said one should, and in spite of the relentless belittling that Robert subjects him to, he stands by him loyally.

Robert loses himself in his arrogance and therefore loses everything. Miles, on the other hand, represents the other path that Robert could have taken. They are both students of the same art teacher, and they both had their mentorships cut short by his untimely death. But although they choose to carry on in different ways, by the end of the film, neither of them seems to have “won.” They are both, in drastically different ways, in pain and utterly lost. Neither one of them gained anything from what they stood for, what they fought for vehemently through the film.

The film’s final message seems to be tied in, then, with the futility of the world of comic artists, a world full of vulgarity and mocking, selfishness, and an overwhelming sense of loss. Unlike most coming-of-age stories, this one has no silver lining, no thread of hope knotted into the final note. As the credits roll over Robert’s face, a faraway look in his eyes, you feel as he does: absolutely disillusioned. Yet, though decidedly absent from the film itself, hope lies in the quality of the film and films like and unlike this. 2022 has seen a boom in thoughtful, high-quality films by debut filmmakers such as “Aftersun” and “Emily the Criminal.” A new wave of filmmakers is emerging on the scene, and they are doing powerful, inspiring things with the medium. Thanks to artists like Owen Kline and his contemporaries, there is so much to look forward to as a moviegoer. 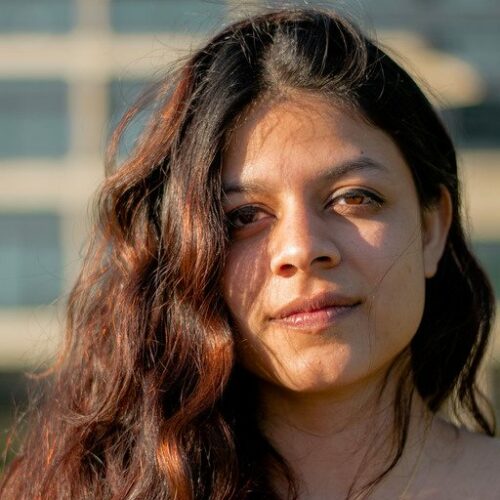 Rabia Kapoor
Rabia is a writer from Mumbai who is trying to look for the generous potential of the world through her work.
Subscribe
Login
0 Comments
Inline Feedbacks
View all comments