The root of Hirokazu Koreeda’s 2022 South Korean drama’s inevitable success is the Japanese director’s matter-of-fact understanding and acceptance of what the world wants to see while everything around it falls apart. In its pursuit of extracting hope from the unlikeliest of circumstances, “Broker” goes all out and utilizes every trope at its disposal for its singular goal. When cynicism and the reality of the world around us get too heavy to bear, it is films like “Broker” that wear a cape and provide a necessary, brief refuge. That being said, Koreeda’s film is questionable in more ways than one. Notwithstanding its convoluted political angles, the film will come as a breath of fresh air for the varied audience if they are in desperate need of an uplifting experience. Rustling up an unexpected family of people who, in various ways, live on the overlooked edge of society is how Koreeda designs his narrative of optimism. And he doesn’t mind leaning toward a melodramatic summoning of emotions to achieve the same.

While that is an inarguably understandable method of telling a story of hope, there needs to be a clarity of stance in a narrative that chooses topics as sensitive as the ones that “Broker” represents. One could argue that it is up to the audience to decide what they want to derive from Koreeda’s story. It can also be said that films don’t owe solidarity to any particular agenda. While neither argument is wrong per se, a film undeniably should acknowledge its impact as the most influential medium and be mindful of what it is communicating. “Broker” leaves its moral viewpoints up in the air and focuses solely on the tale of forgiveness, love, and family. And while doing that, it also creates a volatile whirlwind of opposing philosophies.

Sang-Hyeon and Dong-soo do God’s work by going out of their way to ensure that the babies dropped off by the church’s “baby box” find loving parents. Their method of achieving the same may not be very law-friendly, but from all that we learn of the two in the duration of the narrative, we are certain that their hearts are in the right place. Estranged from his own wife and daughter, all Sang-Hyeon wants is for the babies to have a sense of stability in life. Dong-soo, on the other hand, is a person who has spent his entire life in an orphanage and deems a more traditional family unit to be a better place for a baby to be raised. Granted, we have no means of knowing how they used to conduct their trafficking business before Woo-Sung came along, but certain whims of Sang-Hyeon do raise a question about their vetting process. It can’t be said with certainty that they cared about what kind of people the babies were going to. It is only after So-Young’s revolt against a couple insulting Woo-Sung that we get to see them rejecting a potential buyer. Sang-Hyeon’s idea of faking fuller eyebrows to get the baby sold also comes with the unpleasant realization that he may not care about how the couple will treat the baby once they realize that they have been duped. In the sad reality of the world, being sold to any random couple gives an abandoned child a better chance at having a decent life than growing up in an orphanage. And in that reality, taking a moral high ground is only a show of privilege. But even then, the blatant romanticization of Sang-Hyeon and Dong-soo as heroic characters perhaps should have been avoided for the sake of a more neutral take that acknowledges the necessity of their business but doesn’t negate its problematic aspects.

The theme of abandonment, which covers the largest part of the narrative, gets to be treated with the most nuanced approach. It is demonized right off the bat when So-Young drops her baby off out in the cold. Detective Soo-jin harbors no sympathy for a mother who can abandon her child. Dong-soo also doesn’t take kindly to her awful action, not just because it is clearly a hideous thing to do but also because he spent the entirety of his life in the orphanage with the emotional baggage of being left by the gate by his mother. So-Young does come back for Woo-Sung. But that can’t possibly be considered an act of redemption when Woo-Sung may have actually died in the cold if it wasn’t for Soo-jin putting him in the box. Therefore, it does come off as a convenient choice made for the sake of the narrative to suddenly assign motherly instincts to So-Young when her baby’s appearance is mocked by the first couple. It is also convenient how Dong-soo decides to forgive her for abandoning her child and, in a way, wishes to forgive his own mother for doing the same. Even though So-Young herself doesn’t think that she deserves forgiveness for endangering her child, it seems obligatory for the film’s theme of tolerance to take obnoxious liberties and, in a way, justify abandonment with the argument of her dreadful circumstances.

And now, we turn our eyes to the elephant in the room. Is there anti-abortion propaganda in “Broker”? While the film does tiptoe around the conversation and doesn’t take a firm stance, there are some pretty damning moments where it speaks against abortion. The instance of So-Young outright saying that she considers abortion to be a horrific sin is one of those moments where the film practically confesses its problematic viewpoint. It could have been taken as a character flaw that wasn’t necessarily backed by the film’s message if only the narrative made it a point to stand firmly against her regressive impression of abortion. Instead, we get to see a scene where the characters are thanking one another for being born. Was that meant to be a celebration of life? It certainly doesn’t come off as that. There’s a lot that “Broker” leaves unanswered for the sake of being a light, feel-good take on hefty subjects. 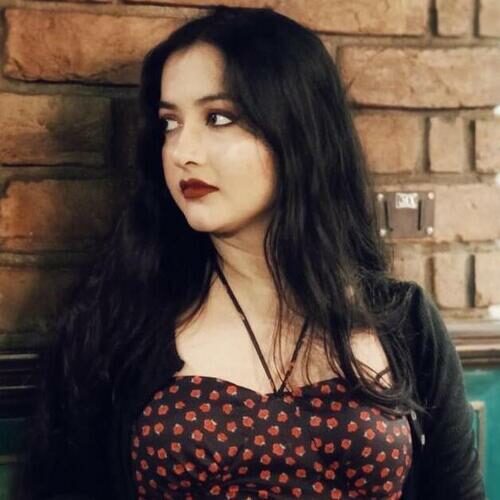 Lopamudra Mukherjee
Lopamudra nerds out about baking whenever she’s not busy looking for new additions to the horror genre. Nothing makes her happier than finding a long-running show with characters that embrace her as their own. Writing has become the perfect mode of communicating all that she feels for the loving world of motion pictures.
Subscribe
Login
0 Comments
Inline Feedbacks
View all comments