Throughout the history of cinema, adaptations have played a major role of being the building blocks of ideas for films and there have been innumerable scripts based on various books, novels, memoirs, plays, and even comic books, etc. The most common inspiration has always been that of a book, so that is one of the major reasons for putting this particular list together. The idea of adapting a book itself becomes interesting as it is translated into the audio-visual medium, which has its own unique essence and can be a treat for people who love to devour literature along with their love for watching films. Furthermore, films have taken loads of different approaches to adaptation, from purist direction to making major changes, which further gives a fresh angle to the existing source material. As adaptations have been quite common through the history of film, this list will feature some of the best literary adaptations of 2022 and will be an unranked one due to the inaccessible nature of various films, a ranked version will be released a few months into 2023. So, here are some of the best book adaptations of 2022.

Based on Eric Maria Remarque’s famous novel, “All Quiet On The Western Front” (1929), this film of the same name by German filmmaker Edward Berger is definitely among the finest films from 2022. The narrative takes place during the first World War and follows Paul Baumer, a young German student who is very enthusiastic about enlisting in the army. From here, the film displays the terrifyingly gritty and grim reality of the glorified elements of war, destroys all the nationalistic and jingoistic notions, and also challenges the concept of bravado associated with fighting wars. Even though there was another adaptation from 1930, this film manages to make a mark with its distinct and impressive cinematic abilities. Also, it wouldn’t be inaccurate to say that it is among the best anti-war films, especially in recent times, and perfectly showcases the absolute horrors associated with war without ever sugar-coating these elements.

This film marked Luca Guadagnino’s reunion with his “Call Me By Your Name” (2017) collaborator Timothée Chalamet to create a perfectly atmospheric tale of romance that may be quite difficult to digest. Interestingly, it challenges the thought process of the viewers by pushing their human empathy to the extreme and has that ability to challenge one’s moral compasses, yet it remains a very tender and delicious love story at the core. Furthermore, one may have the best viewing experience going into the film not knowing the plot, and hence, it is better to avoid talking about it. “Bones And All” (2022) should be a perfectly unexpected blind date that, at its core, has very indie road-trip film-like aesthetics and charm that is bestowed with some really intricate writing that perfectly etches out the source material, the 2016 novel by Camille DeAngelis of the same name. Along with that, the performances from Chalamet, Taylor Russell, and Mark Rylance are definitely a treat to watch, which further enhances the viewing experience.

This is the first time that the visionary filmmaker Guillermo Del Toro tries his hands with animation along with Mark Gustafson, and in this attempt, he has completely managed to knock it out of the park with probably the greatest adaptation of this highly popular fable and character of Pinocchio, originally created by Carlo Collodi in his 1883 book, “The Adventures of Pinocchio.” The film perfectly translates the narrative through the use of grand and detailed visuals created through the use of stop-motion animation, which itself is an experience to look at. Along with that, Del Toro has also kept his unique voice in filmmaking through a dark yet very humane vision that boasts a range of emotions. It also displays a perfect reflection of the times of fascist Italy under Mussolini, which also gives the film a layer of direct political messaging and makes it more topical, as the seed of current events can also be traced back to these historical periods.

Sebastián Lelio is one of those lesser-known voices that one must keep an eye on and who previously came into the limelight with “A Fantastic Woman” (2017), which became the first Chilean film to win an Oscar for Best Foreign Film. “The Wonder” (2022) is based on a 2016 book of the same name by Emma Donoghue, who is also one of its scriptwriters, and contains elements of mystery. The film is set in 1862 against the backdrop of a remote Irish village and majorly revolves around the character of a nurse who arrives there in order to investigate reports of a girl who has undertaken a miraculous fast. Along with boasting one of the finest performances of 2022 by Florence Pugh, “The Wonder” (2022) is a fascinating watch through Lelio’s layered and detailed world-building, which has a meditative quality and is a treat for fans of slow-burn mysteries. Lelio perfectly evokes a sense of discomfort through his exploration of this brilliant psychological tale that is enhanced by a folk-horror appeal.

Based on a short story written by Alexander Weinstein named “Saying Goodbye to Yang,” this film is quite original, displays a very low-key futuristic setting, and is kind of reminiscent of films like “Her” (2013). Filmmaker Kogonada, through a very intimate lens, manages to raise various deep questions regarding humanity and its existence in a very subtle manner without being preachy. It also sheds light on various aspects, such as the interaction and dependency of humans on technology, and that, too, in a very minimalist futuristic setting. Furthermore, “After Yang” (2022) displays some of the most overlooked performances of the year  from its cast and especially that of Colin Farrell, an accomplished actor who has probably had his best year in terms of the quality he’s showcased in various films in 2022.

Probably one of the most controversial films of 2022, which also received a very polarized response from critics as well as audiences, as some found this film to be exploitative and misogynist in nature. It is based on the biographical book “Blonde” (2000) by Joyce Carol Oates and is translated to film by the somewhat underrated filmmaker Andrew Dominik, who previously directed the pathbreaking “The Assassination of Jesse James By The Coward Robert Ford” (2007). “Blonde” (2022) is unlike any traditional biopic and can have a toil on the viewers due to its unabashed showcase of a very heartbreaking and uncompromising portrayal of Marilyn Monroe. Ana De Armas totally showcases the acting talent she possesses, and the film excels in various technical aspects as well, including one that tends to be an expressionist portrayal of the real-life figure. These reasons are why one should not pass on this film, as one needs to watch it in order to formulate their views, even if one’s take away from it can be a bit of a coin flip, as in terms of cinematic aspects, the film seems quite interesting.

“The Black Phone” (2022) by Scott Derrickson, who previously made films like “Doctor Strange,” shifts into the realm of the horror-thriller genre through this engaging film, adapted from the short story of the same name by Joe Hill. Even though this film has a very traditional and simple premise and revolves around a 13-year-old boy who gets kidnapped by a psychopathic child killer, the film manages to be quite an intriguing affair with some impressive scares here and there that are definitely capable of creeping one out. Other than that, Derrickson aptly evokes a sense of discomfort through his atmospheric execution of the horror elements, which is aided by both the cramped visuals and a disturbing score, along with some impressive performances, especially from the reputed Ethan Hawke.

Other than these above-mentioned films, there have been some acclaimed book adaptations from 2022, like “Living” and “Women Talking,” which remain inaccessible, hence they are just mentioned here based on the reviews they have received. Furthermore, 2022 marked some interesting takes and some polarized ones, and hence, it can be said that it has been kind of a hit-and-miss run as far as book adaptations are concerned. So other than the films mentioned, here is a list of special mentions: “White Noise” (2022), “She Said” (2022), “Three Thousand Years of Longing” (2022), “Monica, O My Darling” (2022), “Matilda the Musical” (2022), and “Death on the Nile” (2022). 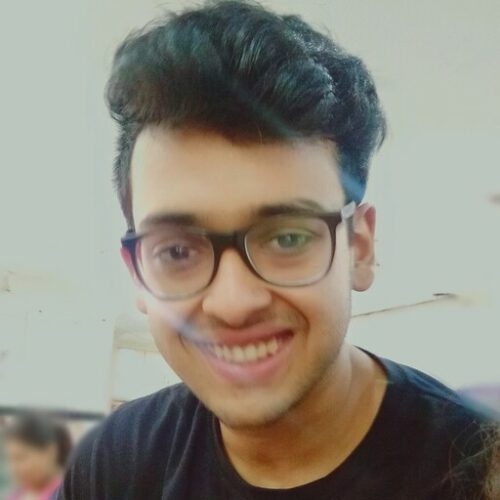