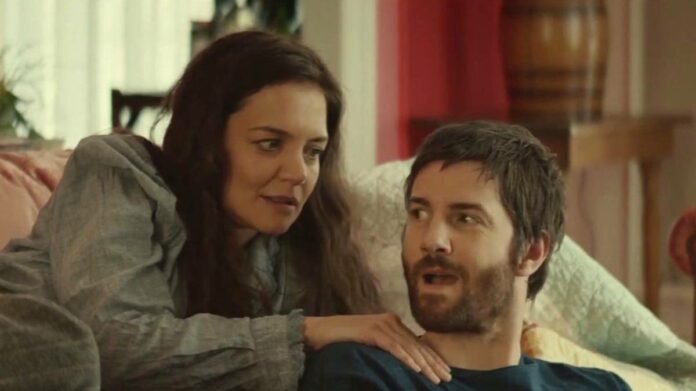 ‘Alone Together’ Ending, Explained: Do Charlie And June Meet Again?

Two strangers are locked down in the same Airbnb and support each other through the stressful COVID times. A bond that starts with friendship turns sour when they are expected to face their realities and confront their feelings. Will they choose to go back to reality, or will they create a new reality together? The movie also reflects on the struggles and mental health of people during the pandemic.

‘Alone Together’ Plot Synopsis: What Happens In The Film?

The movie starts with June, a young girl struggling to arrange a commute for herself out of the city as the COVID cases increase. The city is empty, and people are concerned as the pandemic is at its peak. People are having trouble arranging even a small commodity like sanitizer. June arranges a cab and finds her way to the countryside, where John, her boyfriend, has booked an Airbnb to avoid the city, but she receives a text saying that he won’t be able to make it. June reaches the house and can’t find the key; she starts to panic as her phone is also dead, and her taxi is also gone. She is panicking outside the house when Charlie steps out of the main door. She misinterprets him as the owner but soon realizes that he is also a guest. She tries to convince him to arrange a motel for himself, but he refuses, and she starts yelling at him as she is tired and exhausted. Charlie takes her bag inside and offers her the room while he sleeps on the couch. In the shower, she cleans herself with a sanitizer, worrying about catching COVID, a fear common during the pandemic. Charlie is watching the news, where the headlines state the current COVID situation; he receives a call from his mother,  with whom he shares a close relationship. On the parallel line, June is on the phone with John, who explains his situation and expects her to understand. The next morning she wakes up and decides to walk around the house; she isn’t really okay with her boyfriend’s absence. Later, she is on the phone with her grandpa and sings him a song while Charlie is stunned as he hears her voice through the bathroom door. June found a post where John is tagged in a picture with a co-worker, and June talks about it with a friend. She also opens up about how she is hurt by John’s absence and how she is doubtful of her relationship. Due to the pandemic, there is no food delivery, so Charlie gets food for himself and June. The two engage in a conversation about June being vegan, and she explains that it is her boyfriend’s idea and that she tries to support him. The two slowly become friends. June aspires to become a writer but is currently writing food reviews for food magazines, and Charlie repairs old cars and motorcycles. They have some real conversations; June questions how she has followed a pattern to achieve a certain lifestyle. While June hides a part of her true personality to fit in with society, Charlie is carefree and does whatever he likes. They fall asleep on different couches while talking to each other.

Falling In Love During The Pandemic

The COVID situation worsens by making it compulsory for people to wear masks; the two make DIY masks together. Later that night, they visit McDonald’s, and June finally has that Mac she wanted. She realizes she is losing herself in her relationship by doing things just because her partner likes them. They are in the car, and Charlie receives a call from his ex-girlfriend that upsets him. June tries to cheer him up, and the two have a fun time doing Karaoke. They make each other happy and fall asleep together. The next morning Charlie wakes up and decides to leave. He is on his way to the city when he realizes something and returns home. June breaks up with her boyfriend but is shattered when she finds out Charlie has left, so she decides to return home. She is outside the house with her bags when she finds Charlie; the two confess their feelings about each other, and June stays back. The next day Charlie cooks his childhood meal for June; he knows how to make her laugh, and they spend their time together talking, drinking, and learning more about each other. June is teaching Charlie her childhood game of cards when she receives a call informing her that her grandfather is dead. She breaks down in tears, and Charlie hugs and comforts her. She finds comfort in him, and he tries to support her. June regrets not giving her grandpa a proper funeral, but the pandemic took that away from every individual who lost a family member. Charlie tries to cheer up June, and the two go out cycling. They are wandering around when Charlie stops in between and starts clicking pictures of a motel. He is lit up like a child who has found something precious. He expresses to June that if the world really fell apart, he would love to hide out in a motel. The two have an immense bond, sharing each other’s childhood memories and trauma. June lost her parents as a child; her father shot her mother and himself, but after her parents’ deaths, her grandfather took care of her, and now that he is gone, she regrets not being able to say goodbye to him. They often engage in conversations talking about grief and suffering, also reflecting on the mental situation during the pandemic. June learns that Charlie’s ex-girlfriend cheated on him multiple times, and that messed him up. Their bond grows as they find comfort in each other, sharing things they don’t really talk about with other people. They are painting canvases when June asks Charlie to check up on his mom and introduces June, and his mother tells him how the people in the building are supporting each other as the youngsters get groceries for the old people, reflecting how the community supports each other during the pandemic.

The Reality Hits Back, And They Are Left With A Choice: What Will June Choose?

John reaches the Airbnb and is shocked to find Charlie. June and John engage in a heated conversation outside the house. June lashes out at him for leaving her alone, and John tries to apologize as a worried Charlie waits inside the house. June learns that John lost his father due to COVID and how he regrets not giving a proper funeral. She is about to tell him that she lost her grandfather when he cuts her off without even realizing it, and she chooses to ignore it and tries to comfort him. The two make amends, and Charlie decides to leave the house. June goes after him and tries to stop him. She can’t leave John out of sympathy; Charlie and June hug each other and bid goodbye as reality hits them back. At dinner time, June is left to cook dinner alone while John orders food from outside. A moment of nostalgia hits her when she remembers cooking with Charlie. She misses Charlie. The next morning, June and John have a fight when John tries to mansplain to her about her career, unlike Charlie, who supports her in finding herself. John also realizes that they have grown apart and decides to leave the house. They realize they can’t support each other through this stressful period.

‘Alone Together’ Ending Explained – Do Charlie And June Meet Again?

Charlie meets his mother in the city, but he can’t hug her. It makes us realize how, during the pandemic, we missed the feeling of touching our loved ones and how isolating and mentally exhausting the pandemic was. June decides to leave the countryside and return to the city. She finds people pounding their utensils together, a thing everyone did to entertain themselves and stay connected during the pandemic. The headlines in the background update us on the worsening COVID situation; it seems the world is falling apart.

June is wandering around in the city wearing the face mask Charlie made for her, keeping a part of him always with her. Watching the world fall apart, she decides to follow her heart and meet Charlie again. She reaches the motel she found with Charlie when they were cycling, knowing he would be there; she knocks on his door, and the two kiss each other, confessing how they are in love.

“Alone Together” is a 2022 romance drama film directed by Katie Holmes. 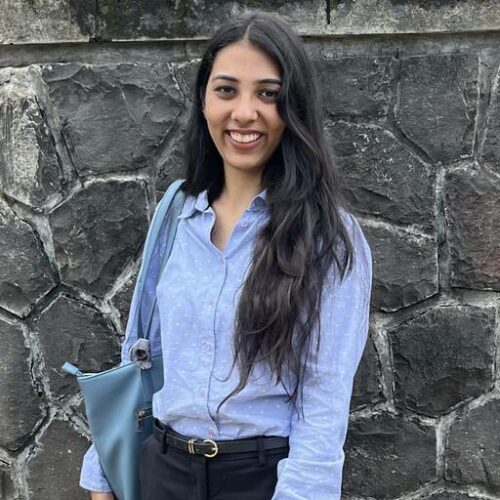 Mehak Arora
Mehak is a media student currently pursuing her masters in audio and visual production. She is a film enthusiast. She loves to travel. She is a photographer and loves to write about films.
Subscribe
Login
0 Comments
Inline Feedbacks
View all comments